I’ve been tracking the housing for thirty years and some things never change. When markets turn up or down, there is an intensity of scrutiny at the change on anything tangentially connected whether presented in the right context or not. This week we had were given the Panama Papers leak.

No one seems to know why voters are so pissed off. Perhaps this Mossack Fonseca T-Shirt can decipher the mystery pic.twitter.com/XnymDwW3oO

The largest document leak in history fits in nicely with the Manhattan, Miami (or any large U.S. metro) housing market) narrative of the past five years. A super luxury new development boom with $50+ million sales, the lack construction of affordable housing, a surge of international buyers, The U.S. Treasury’s rule against high end all cash buyers in Manhattan and Miami, abuse of LLCs and limited supply of housing for mere mortals are fascinating to read about.

The Miami Herald story – How secret offshore money helps fuel Miami’s luxury real-estate boom – that connect the dots between the Panama Papers and south Florida real estate was what everyone seemed to be talking about this week.

I’m no apologist for money laundering, tax dodging and other bad behavior but I get uncomfortable with how much this narrative is being painted with broad brushstrokes as it pertains to high end housing. Hopefully we’ll see more drill down to specifics as time moves on. Perhaps that’s why few in real estate seemed to be aware of the fire at 740 Park Avenue, considered the most prestigious co-op building in Manhattan.

A recent commentary piece in CNBC made many real estate industry participants absolutely livid: “This real estate market is about to crash“. Stories like this are absent of context and paint a picture of the NYC housing market as if represented by only $50 million to $100 million sales. Then it’s only a hop, skip and a jump to say – with the oversupply of super lux new development condos – that all of Manhattan is going to crash. It was based on sales at 432 Park Avenue, a super luxury condo tower, except that:

The same logic applies to fears of a recession. My friend Barry Ritholtz pens one of my favorites of his Washington Post column: What are the chances of a recession? Not what you’d think.

One of the byproducts of the financial crisis that began for the consumer in 2008 has been tight credit. As I have said many times, the financial crisis was a credit crisis with housing as a symptom. We are still in the hangover phase of the crisis since credit conditions have not normalized. To be clear, mortgage lending is less restrictive by non-bank lenders than it is with bank lenders, but it remains a serious issue across the U.S. housing landscape. This is key driver for high rents and falling homeownership rates. New multi-family home starts have been grinding higher for that very reason – but is starting to cool off. 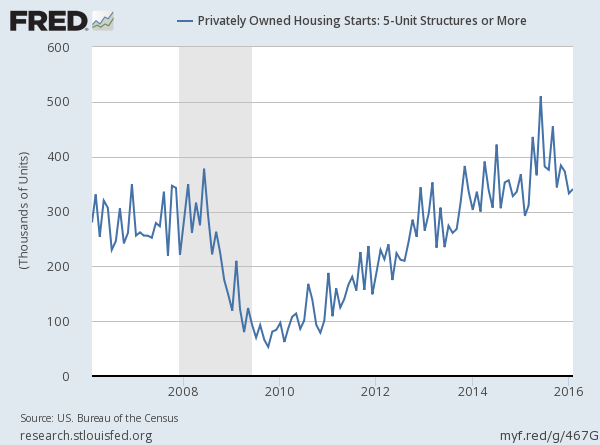 The U.S. apartment market is clearly cooling as this WSJ piece by Laura Kusisto suggests

Potentially most alarming to housing economists: Demand for new apartments in the first quarter was about half its typical level. The number of occupied new apartments across the country climbed by just over 20,000 units in the first quarter, compared with the five-year average of about 40,000 for the quarter, according to apartment tracker MPF Research. The firm’s analysts said they aren’t sure if the unexpectedly sharp drop will turn into a long-term trend. 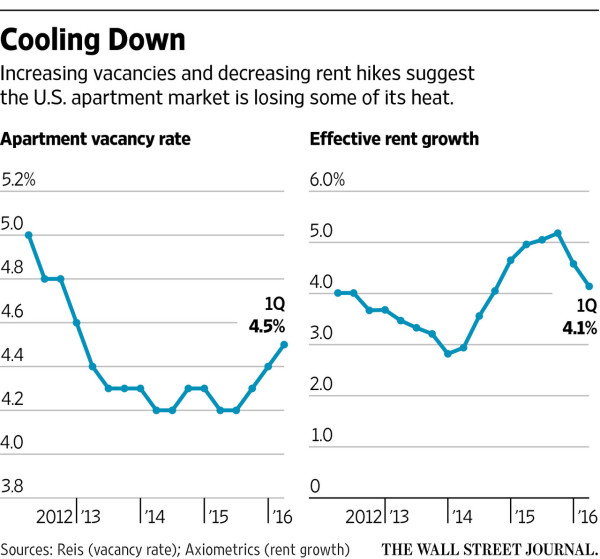 We released our monthly NYC rental market research for Douglas Elliman Real Estate yesterday covering the Manhattan, Brooklyn and Queens markets and 2 of the 3 markets showed price trend weakness. Brooklyn, of course, remained the outlier, seeing continued price growth. The Manhattan market saw it’s first year over year decline in median rent after 24 months of consecutive price growth (click on each of the graphics to open the reports). 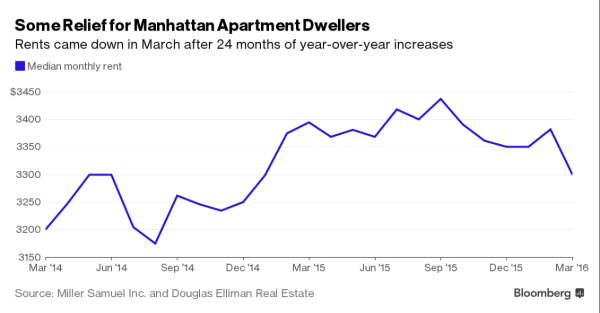 Of course it’s only gone negative for one month, but the trend of cooling year over year rent growth since August is pretty compelling. 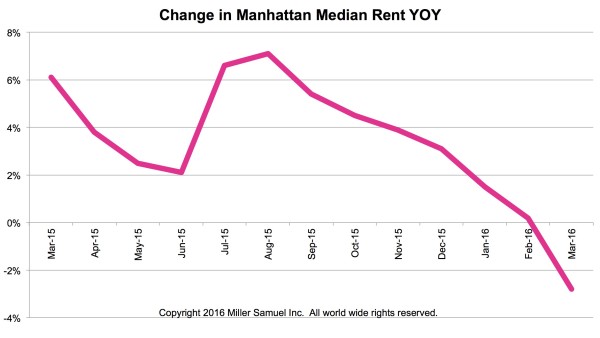 But when you look at the trajectory of rents since the end of the Great Recession, you can see how much more rents have risen in smaller apartments than larger apartments. With ahead of trend population growth and record job growth with no new supply to address the entry market, the market has hit some sort of affordability threshold, forcing many NYC renters to look further away from central business districts or the suburbs.

The new development space has been skewed to luxury rentals because of onerous land costs and as a result, the rent growth of larger apartments has seen a far weaker pattern. 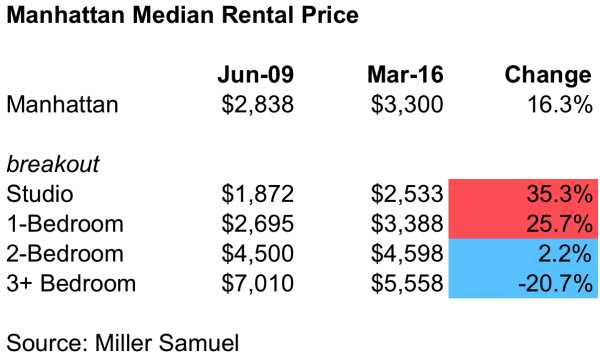 Including the rental report mentioned above, we released a bunch of new research this week through Douglas Elliman Real Estate. Next week we present 5 markets in south Florida. 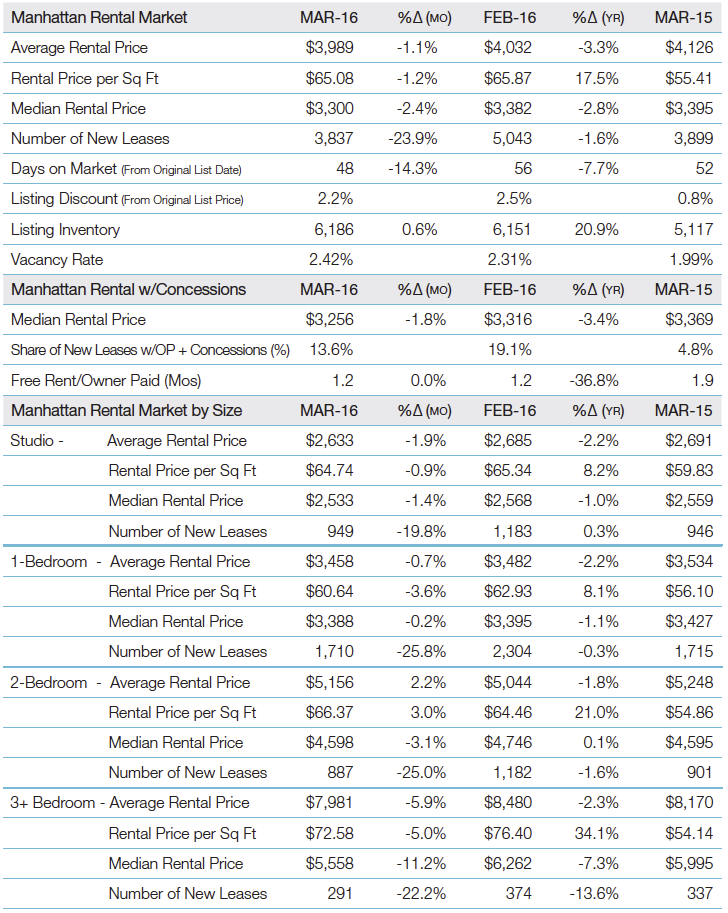 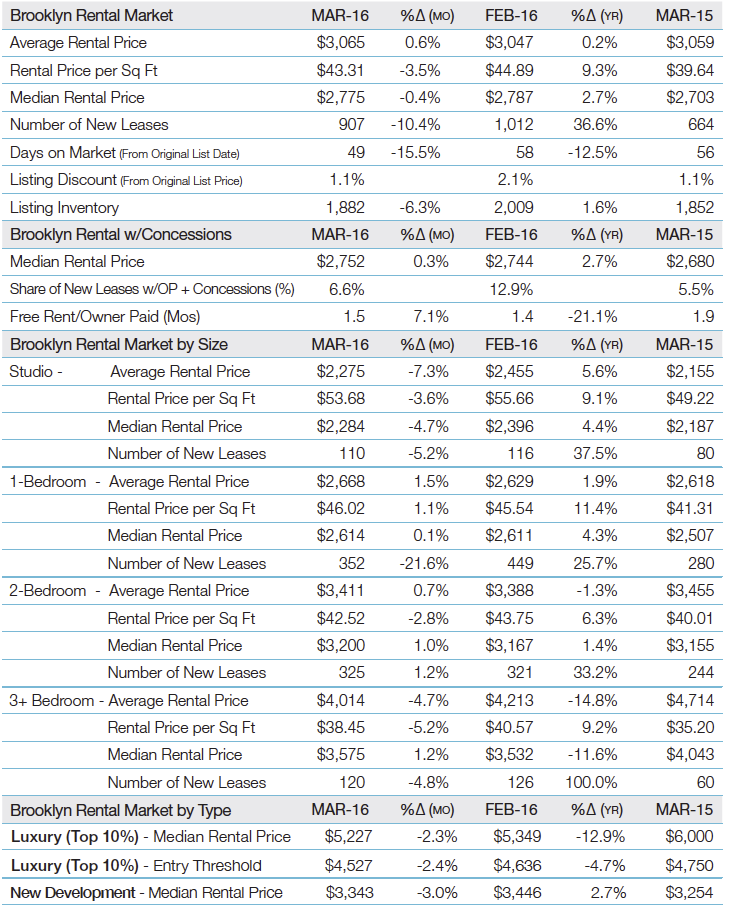 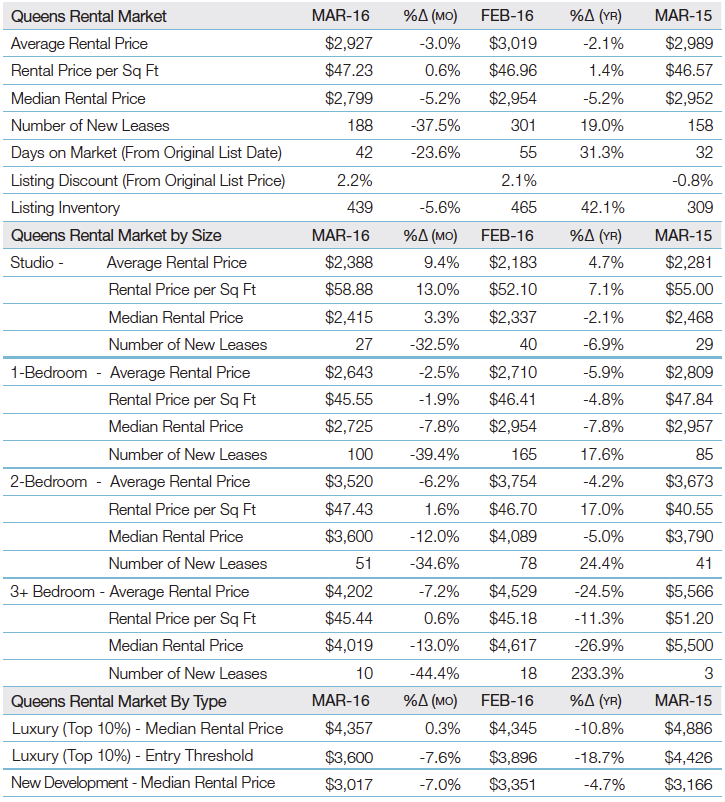 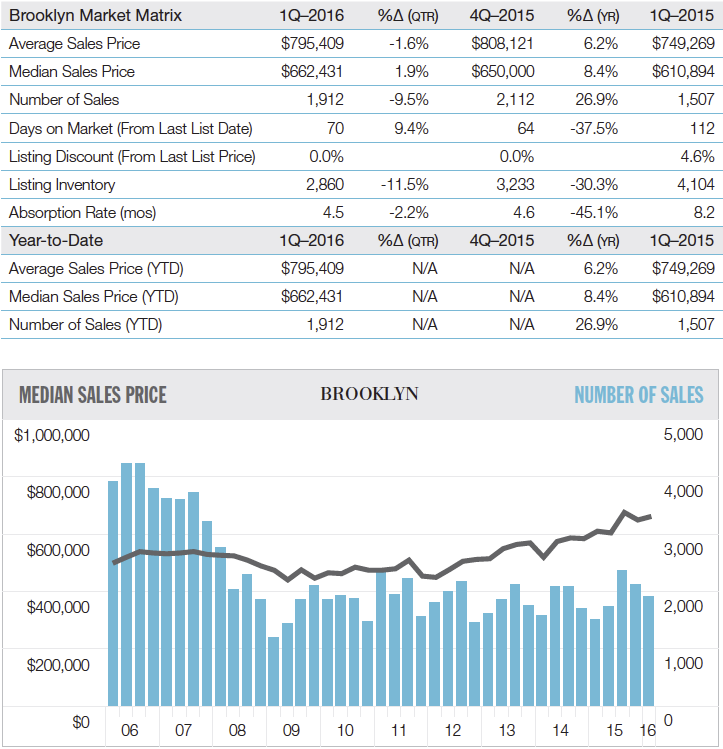 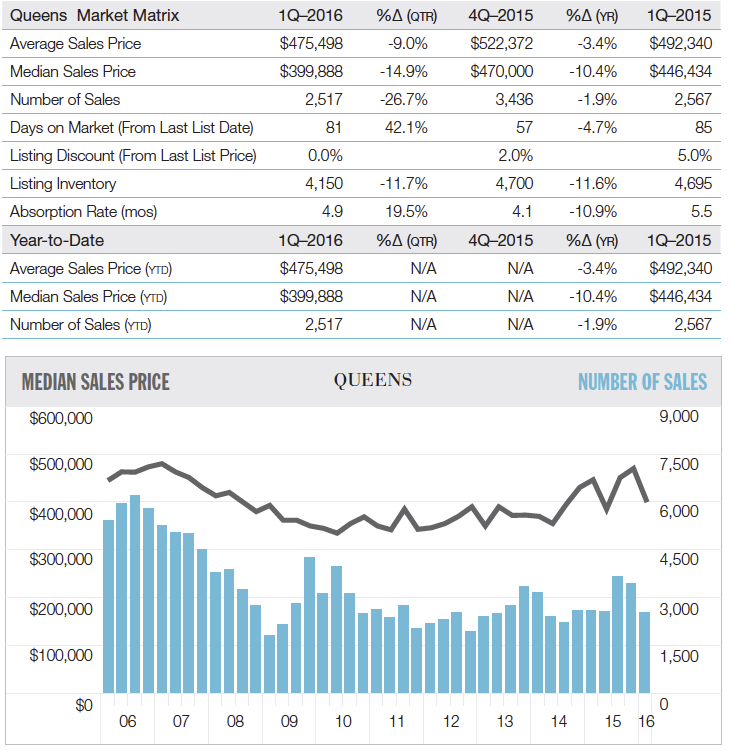 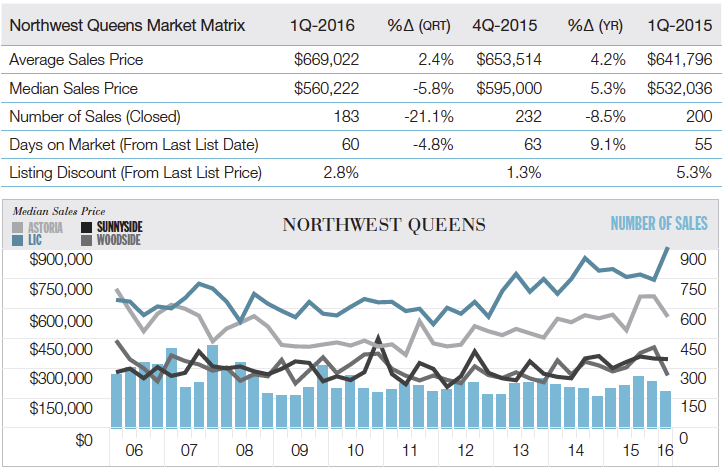 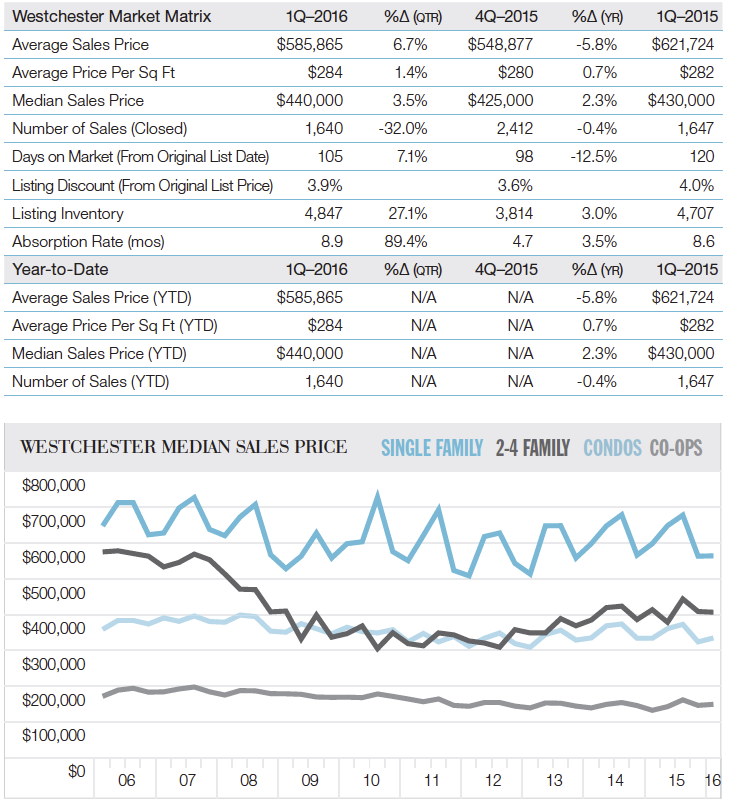 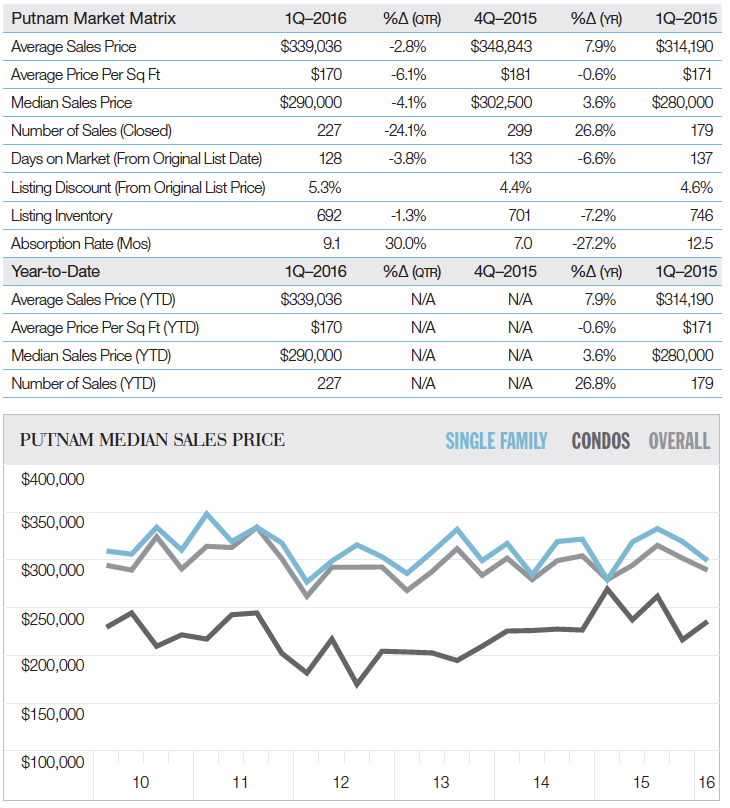 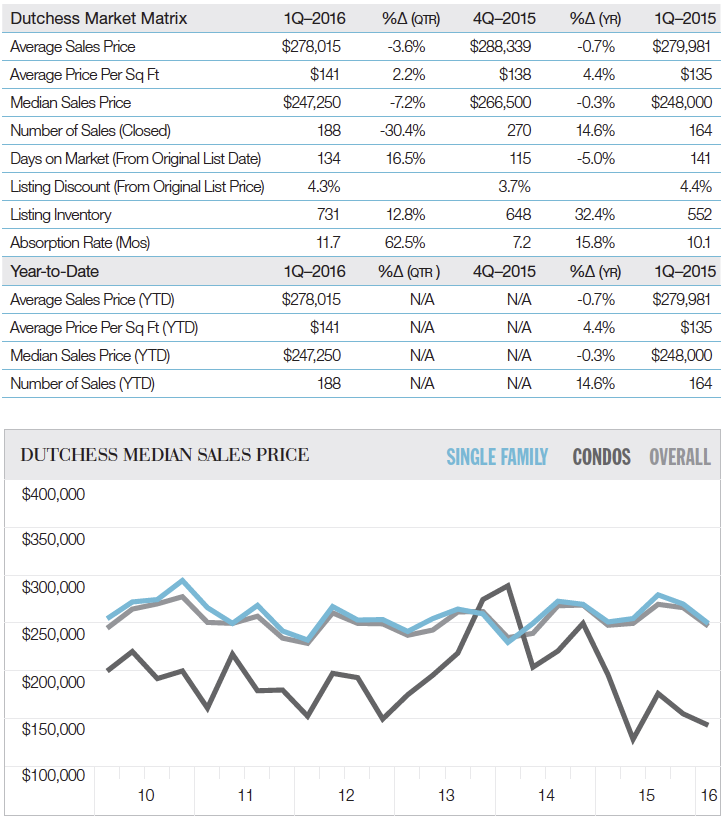 If you need something rock solid in your life (particularly on Friday afternoons), sign up for my Housing Note here. And be sure to share with a friend or colleague. They’ll feel better than an LLC, you’ll be glad there were no leaks and I’ll be painting broad brushstrokes.