London Calling Reminds Me Of The Expanded Mansion Tax

When I was a sophomore in college, The Clash blew up and they were the only band that mattered. Most of my friends were hooked on REO Speedwagon, Styx, Boston, Journey, and Foreigner. While I was tapping my foot at parties, I never bought any of that crap. I was definitely a music snob. Talking Heads, Pink Floyd, Roxy Music, and The Clash were a first priority and I took pleasure in annoying my roommates when it was my turn to use the turntable.

A while ago I came across the Joe Strummer/The Clash lyrics to ‘London Calling’ and read them again, something we used to do when we all bought records. Because there is always a housing angle to everything in my life, it seemed appropriate to bring this up now because of the shift from the NYC “pied-a-terre” tax to the expansion of the mansion tax. While the “ice age was coming” with the former tax proposal, the last line on Joe Strummer’s lyric sheet says it all: “After all this won’t you give me a smile.” 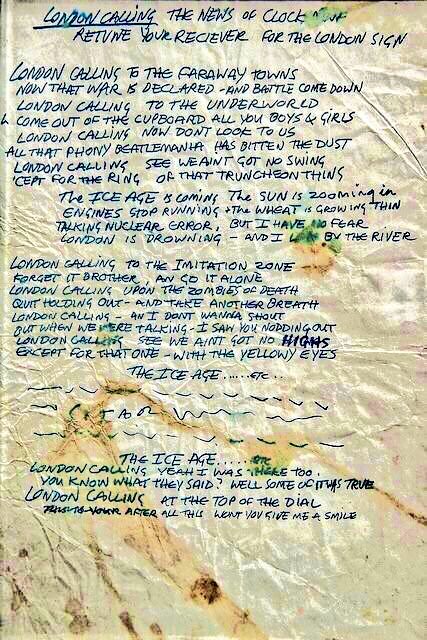 With the word soup of tax talk swirling about without oyster crackers, I thought I’d attempt to bring some sanity to the analysis, so market participants have some useful context.

The key item for this discussion is that these taxes occur at time of sale, unlike the pied-a-terre tax that is annual and would compress luxury housing prices by as much as 30% and essentially stall the new development market. This is not that type of tax.

The impact to the tax over the long run will come directly out of the seller or developer’s pockets so there will be an impact to the market but it is not expected to be catastrophic to real estate. This is being introduced along with congestion pricing which really go together. The latter encourages the use of public transit (at this point most mansion tax funds will go to the MTA) while public transit is breaking down for lack of funding.

I dropped a sales price into our model to generate the before and after tax scenario and as indicated by the following table, the impact is clearly progressive. 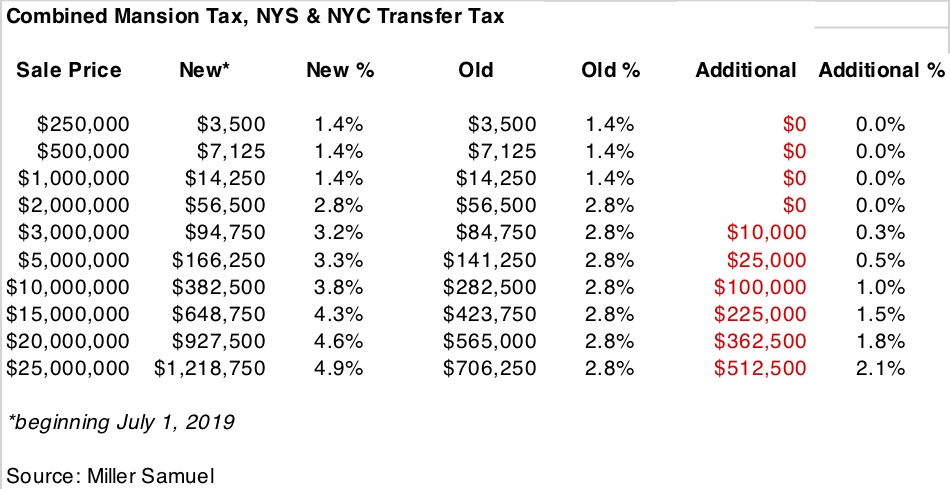 As Housing Notes readers have known, I’ve been authoring an expanding series of market reports for real estate firm Douglas Elliman. The first market and report I ever wrote covered the Manhattan market.

This quarter’s report had quite a bit trend data that showed how the market was weak. This came with the backdrop of the new Mansion tax increase that replaced the Pied-a-terre Tax horror show.

It’s always awesome when a market report story comes with a chart and Bloomberg never fails to disappoint. 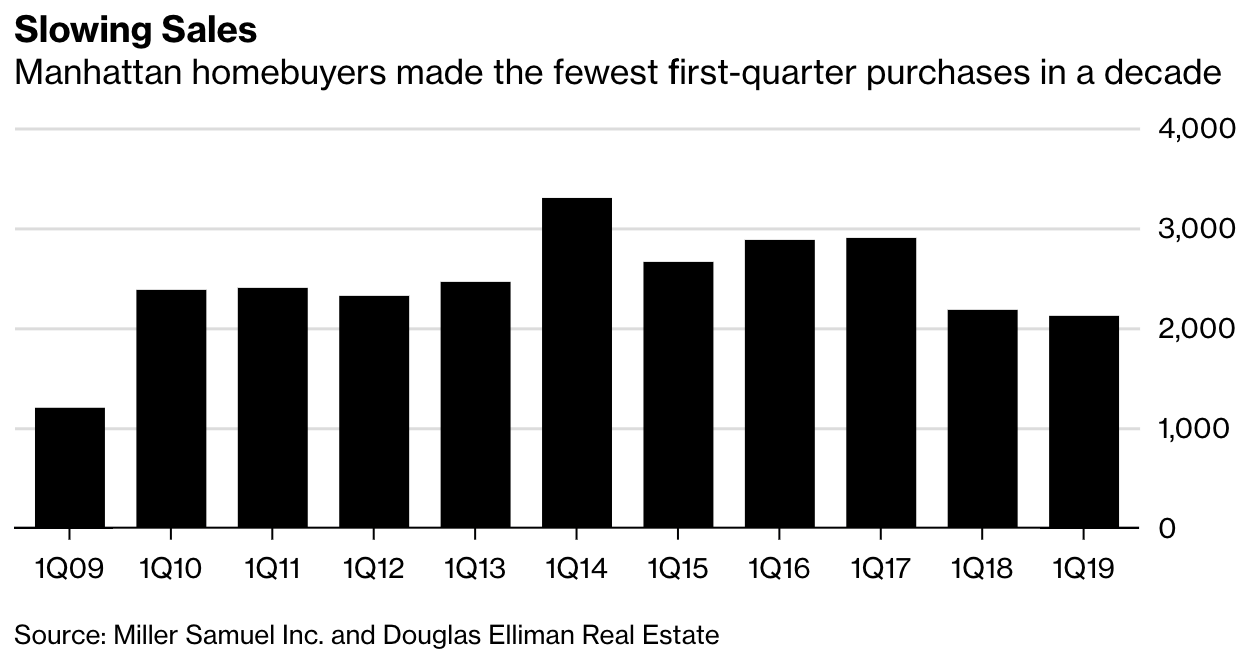 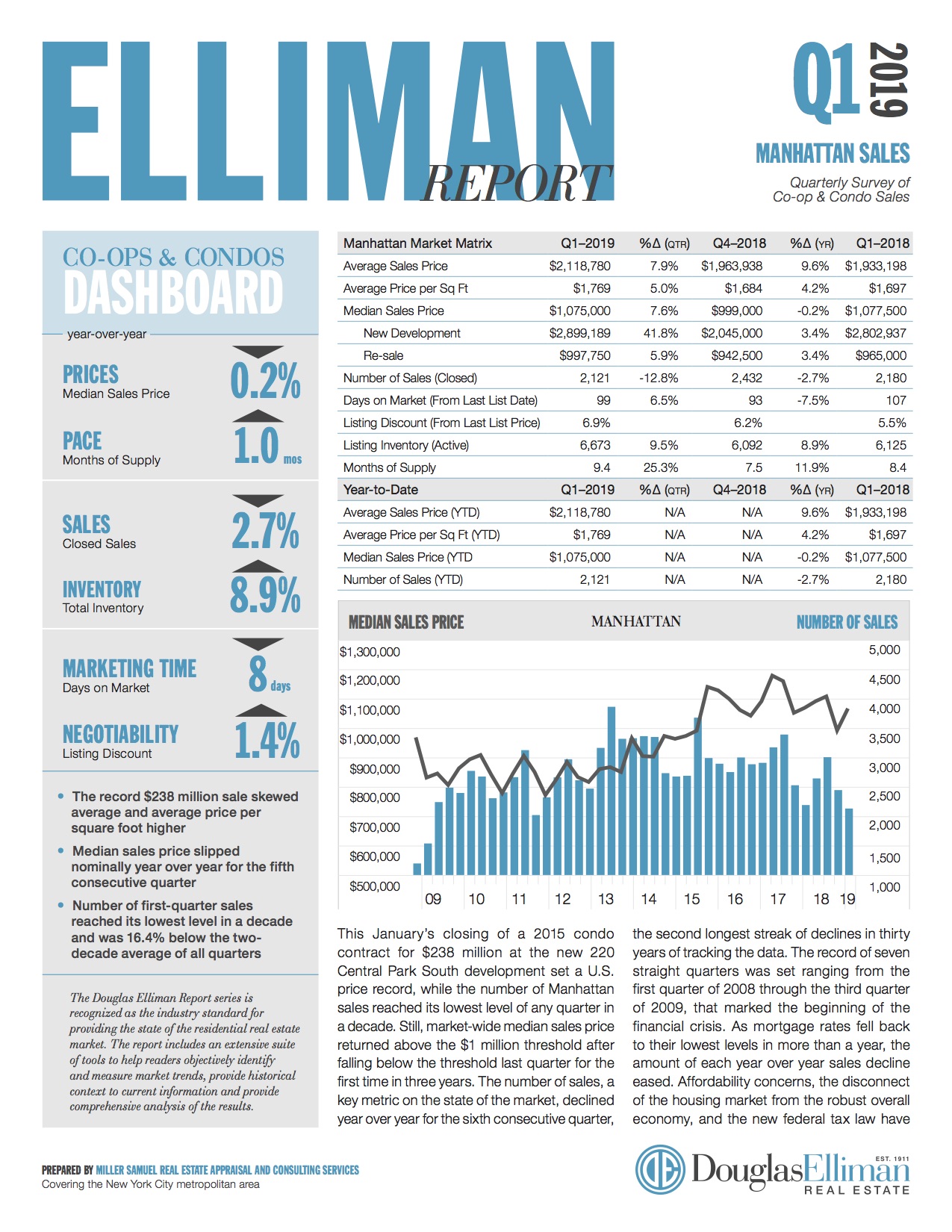 Here are the talking points for both reports:

MANHATTAN SALES MARKET HIGHLIGHTS
Co-ops & Condos
– The record $238 million sale skewed average and average price per square foot upward 5.8% and 4.7% respectively
– Median sales price slipped nominally year over year for the fifth consecutive quarter
– Median resale price rose to new record, increasing for eighth consecutive quarter
– Number of first quarter sales reached its lowest level in a decade and was 16.4% below the two decade average of all quarters
– Number of sales slipped year over year and inventory rose respectively for the sixth consecutive quarter
– Largest inventory growth was seen in the studio and 1-bedroom markets
– Lowest market share of new development closings in four and a half years
– Sales above $5 million fell more than 11 percent but sales above $20 million was second highest level in at least nine years
– Only price segment below $5 million to see sales growth was from $1 million to $2 million

Townhouses
– All price trend indicators rose year over year, consistent with gain in average sale square footage
– Listing inventory rose year over year for the fourth straight quarter
– The average size of a townhouse was the largest in three years

After the publication of our Q1-2019 Manhattan Sales Report for Douglas Elliman, there was a coverage by Bloomberg (and others): Bloomberg reporter Sydney Maki, anchor Vonnie Quinn on Bloomberg TV and a subsequent drive-time Bloomberg Radio interview with Denise Pellegrini.

(For a more detailed analysis with charts, commentary and reports, subscribe to my weekly Housing Notes, published on Fridays.)

Josh Brown, the prolific writer behind The Reformed Broker created a terrific video : How I explain the stock market vs the economy.

Understanding the economy is a helpful exercise. Placing market bets as a result of this understanding is a carnival game on the midway.

Now watch the video and think of it in the context of the housing market. Crazy to rely on the stock market for housing insights, right? Right.

My friend Barry and others have shared this quote with me – since it references our research so I thought I’d share.

I’m going to whine again about the lack of the SALT deduction and its negative impact on the economy after seeing the stats yesterday on Manhattan residential real estate. According to Miller Samuel Inc. and broker Douglas Elliman, transactions in Q1 fell to 2,121, the least in 10 years and down 5.2% y/o/y. Remember back what Q1 2009 was like. It’s also the 6th straight quarter that purchases have fell so there is a supply issue here as well and a general slowing anyway. So at least in NYC, those lower mortgage rates did nothing to help as buyers for higher priced homes in high tax states reevaluate. Multiply this reaction to other high tax states and you have a real economic impact on your hands.

50 Cent sold his place! It only took twelve years! Kathy Clark at WSJ broke the story: 50 Cent Sells Massive Connecticut Compound for 84% Less. In a market that averages just over $300k, the 2001 purchase from Mike Tyson for $4.1 million remains the record. The $2.9M sale by listing agent Jennifer Leahy at Douglas Elliman showed the market how it’s done. Unique properties can take years to sell. My favorite description of the place:

At approximately 50,000 square feet, the 52-room compound is much larger than other homes in the town of Farmington. The original listing pictures show a basketball court with the logo for Mr. Jackson’s G-Unit hip hop group, and a night club decorated with murals depicting Mr. Jackson’s large back tattoo and of him wearing a bedazzled cross medallion and pointing a gun.

Question: With the new AP Style Rules that just came out, should “50 Cent” be spelled “Fifty Cent?”

Each quarter, I am asked by Douglas Elliman to provide 5 charts on whatever markets I cover for them for their Elliman Magazine. I have no criteria for it – just that its interesting. In fact, it reminds of my old ‘Three Cents Worth’ column for various iterations of Curbed for more than a decade – here are a slew of charts I created for my old column.

OMG. This confirms that half of my adult life has been spent using Excel while on the commuter train. 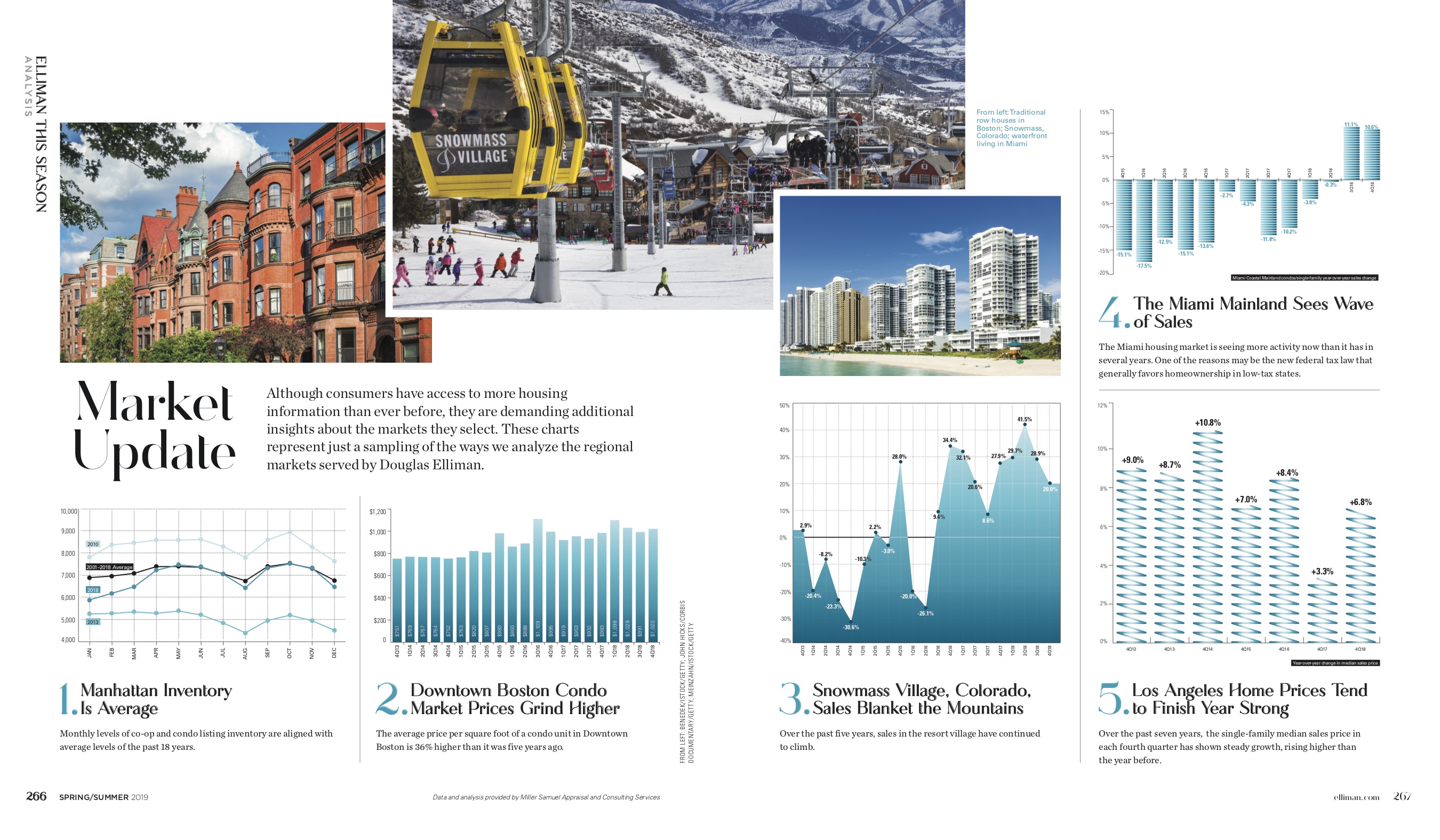 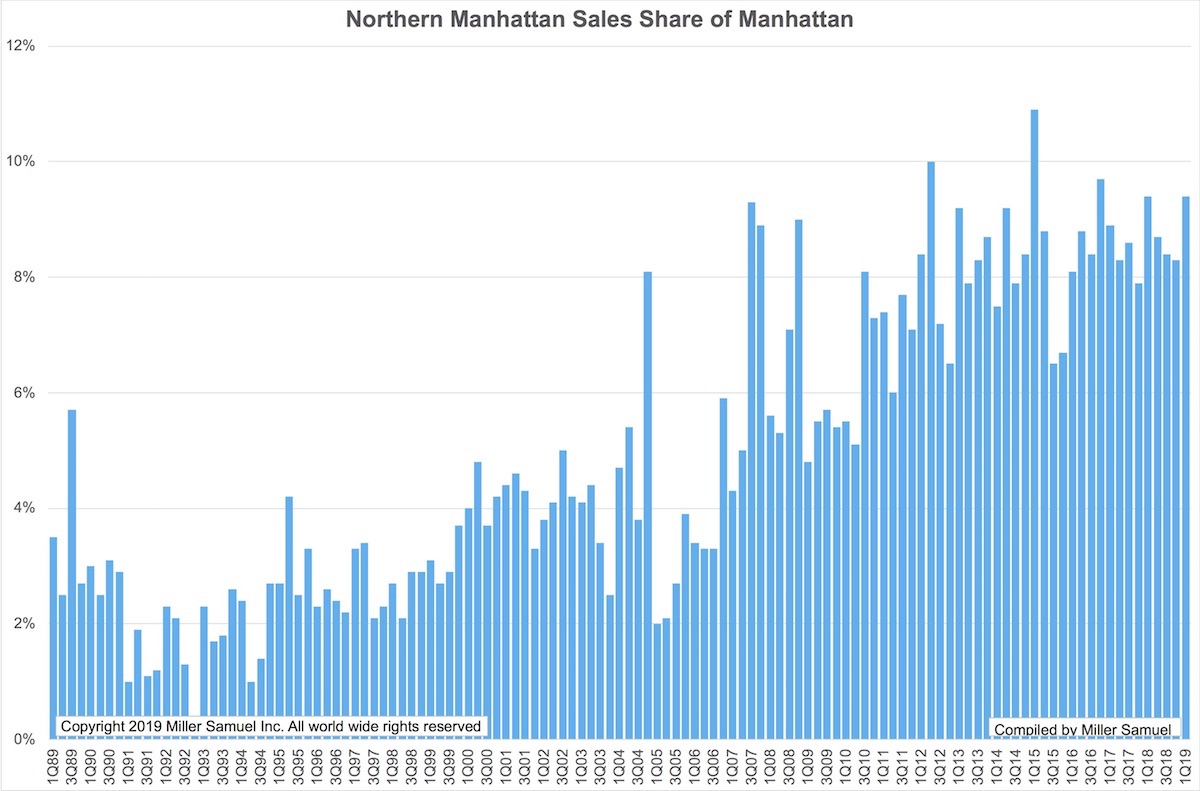 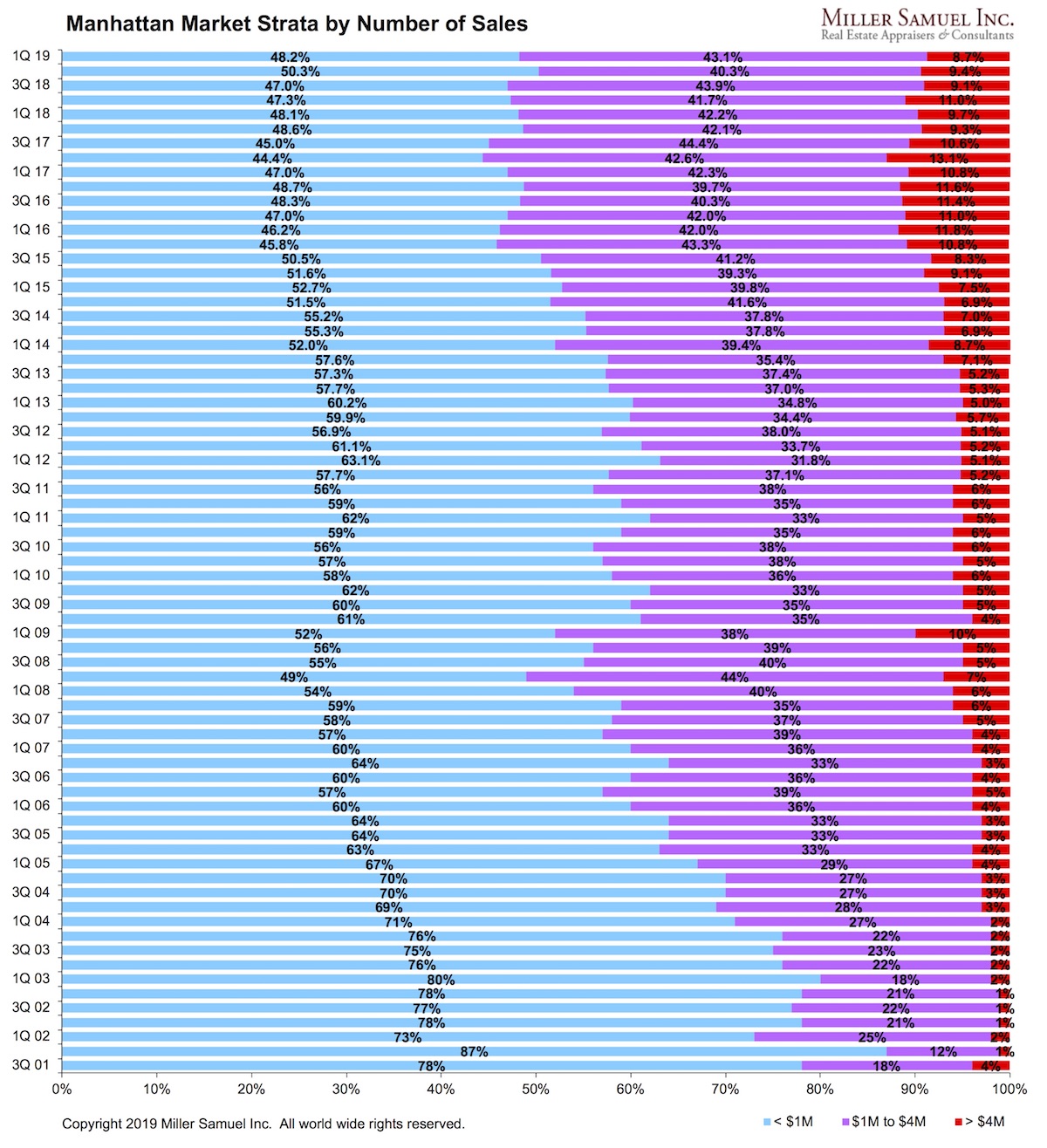 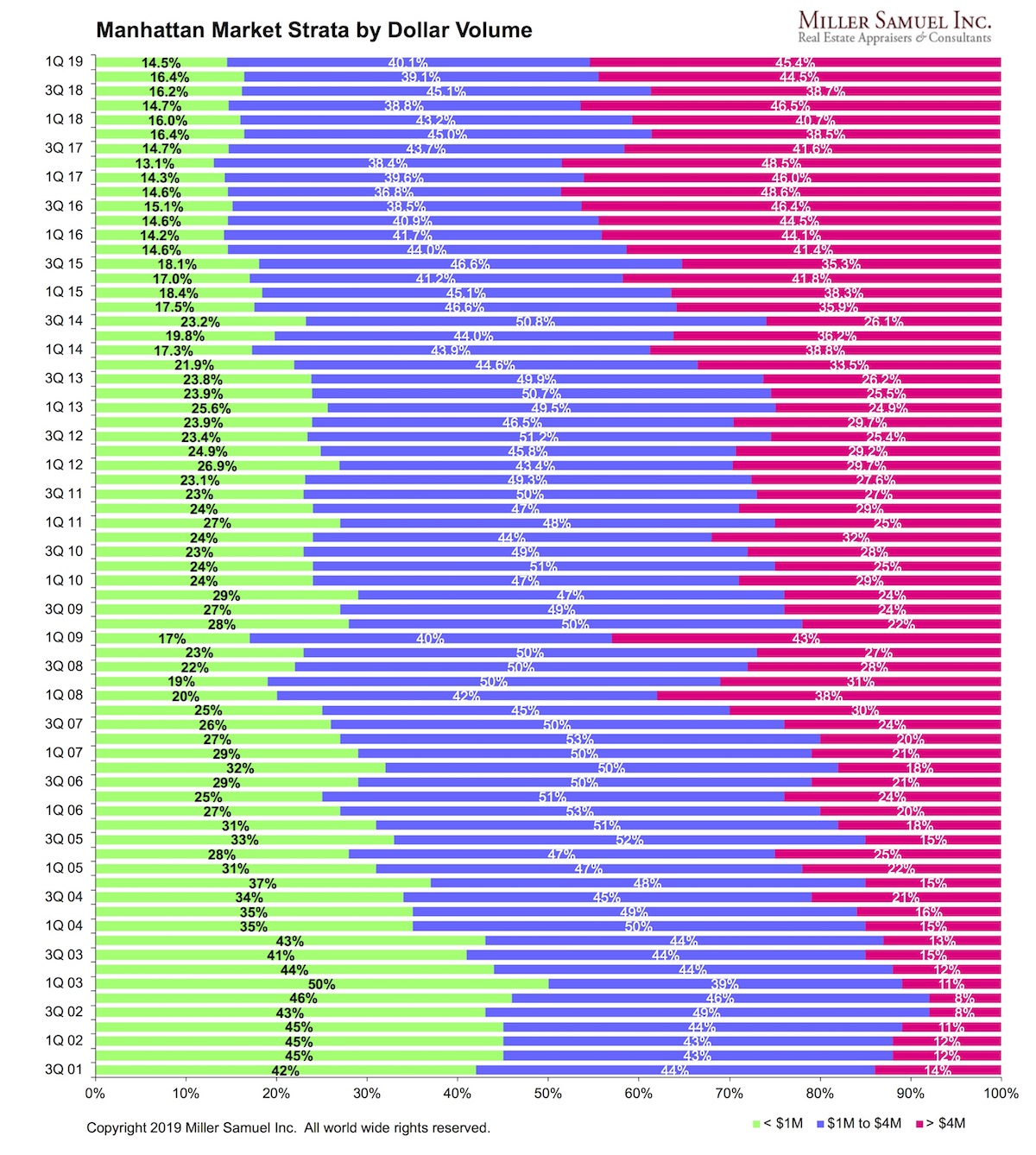 Hybrids Are Super Dumb But Appraisers Have A Choice

The hybrid appraisal topic cropped up this week across the appraiser blogosphere and really it comes down to these points:

OFT (One, No Two Final Thoughts)

“Many of the classic skyscrapers that define New York City’s skyline have their design roots in a monumental 1916 zoning law, which established “setback” requirements for buildings above a certain height. In the heart of the Financial District, the Equitable Building, a historic skyscraper that predates the law, remains a symbol of the excesses of the pre-zoning era. (video by Raymond Schillinger) (Source: Bloomberg)”

It took me a while to understand that this cartoon is actually a #dataviz showing research from the American Time Use Survey. How do Americans spend their day? Source and more detail about the survey here: https://t.co/MkydawMaLC pic.twitter.com/OxIdvEB7NO