I’ve always marveled at how many “eye candy” style national maps are pumped out to show us how housing market performance varies across the country. The sheer volume is amazing and we tend to gobble it up. I love the transparency, but I also love pizza AND seafood equally…so where should I live? A key observation of this map suggests that “…seafood is popular along the coast!” LOL. 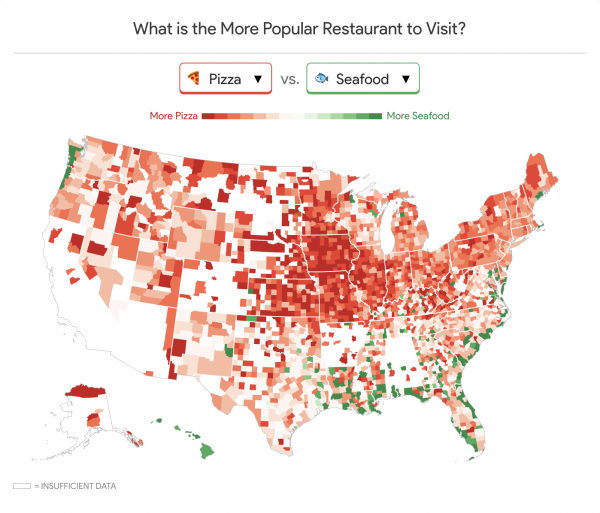 And why does consumption of BBQ collapse north of the 36th/37th parallel?… 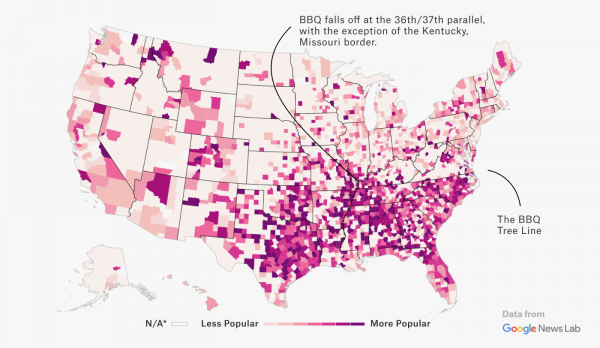 I’ve been authoring the expanding Elliman Report series since 1994 for Douglas Elliman Real Estate. This rental report is the one monthly series we prepare, everything else is quarterly or annual. In the past 6 months, the relationship between rentals is more linked as softening sales are driving rental demand higher. The market remains addicted to concessions so it will probably be a slow grind to their demise just like their incorporation into the market on the way up. 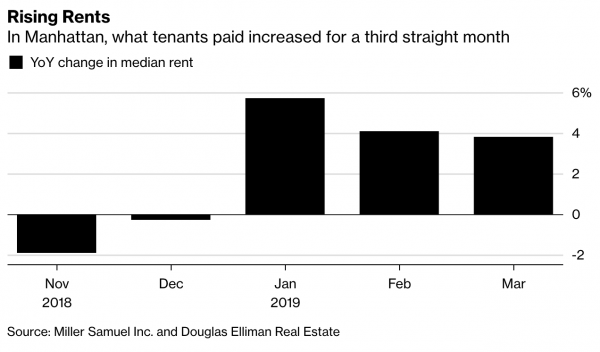 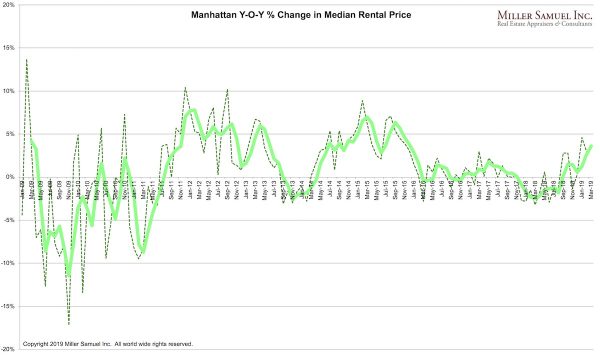 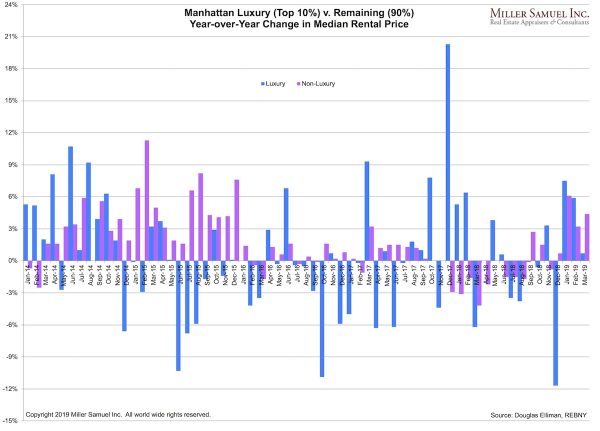 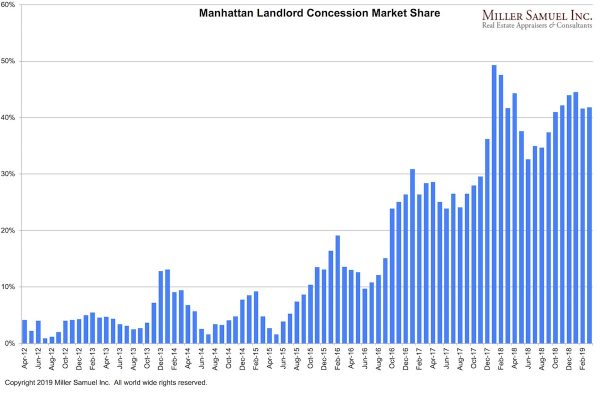 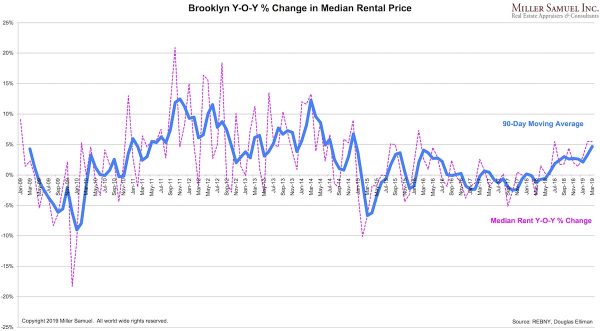 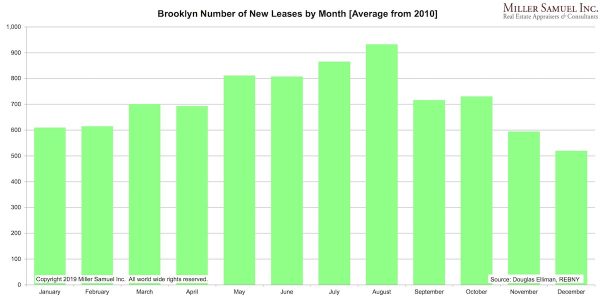 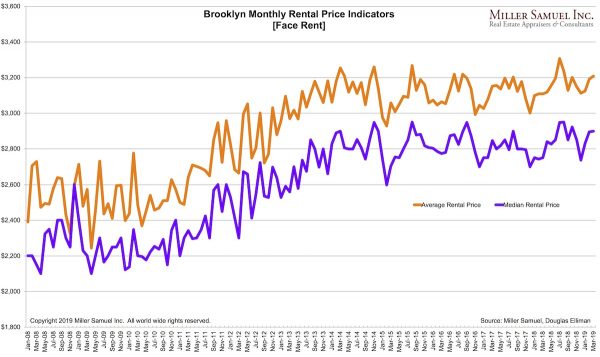 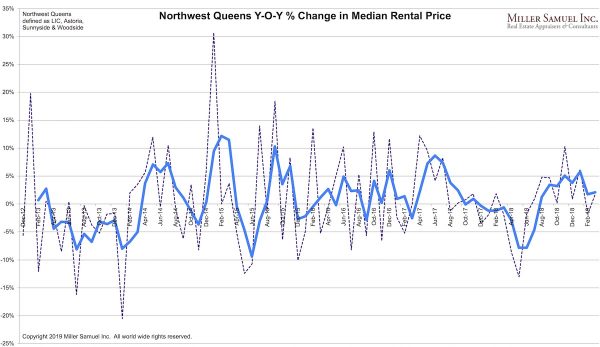 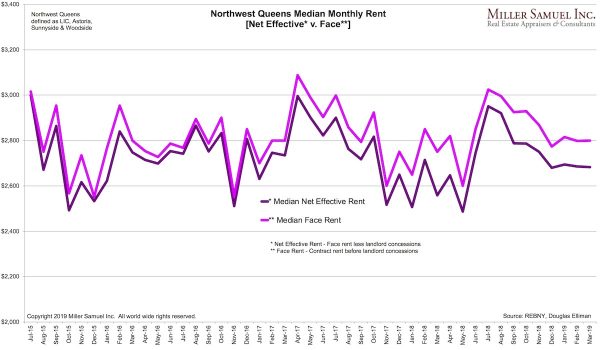 A report gauntlet wouldn’t be a gauntlet without a lot of market research on the NYC metro regional sales market coming at out once. Here are the talking points for the region. The full reports can be found in the “Recently Published Elliman Market Reports” links at the bottom of the page.

Overview
“The market pace remains fast, but sales and price trends have started to slip.”

– The number of sales declined year over year for the fifth consecutive quarter
– Listing inventory rose annually for the fourth straight quarter
– Price trends set record highs last fall, which appears to represent a market peak
– Sales priced between $3 million and $4 million were the only price strata with an increase
– Condo sales represented the lowest market share of total sales in more than twelve years 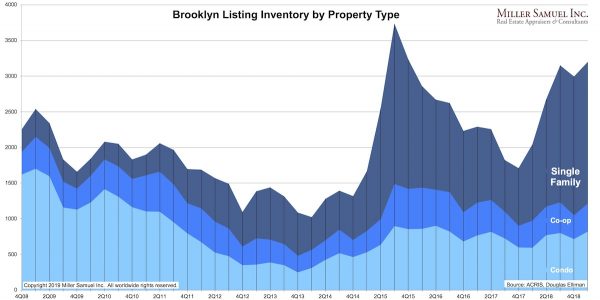 – The number of sales declined year over year for the fifth consecutive quarter
– Listing inventory rose year over year for the eighth consecutive quarter
– The first quarter without a record average sales price in two years
– The largest decline in sales was seen in the condo market
– While the pace of the market was brisk, it was the slowest pace in nearly four years 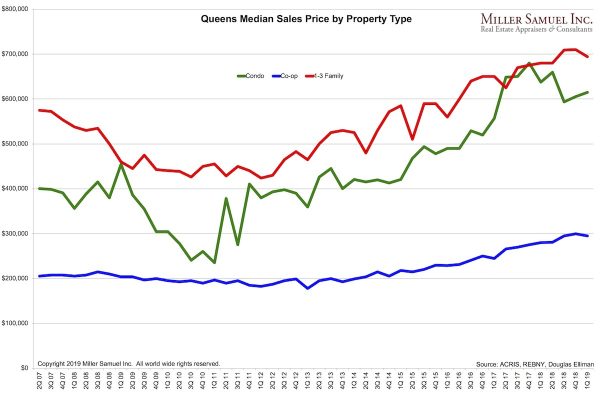 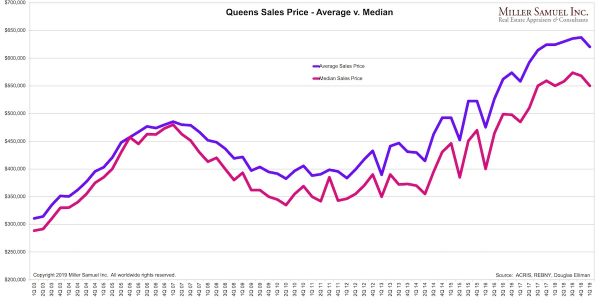 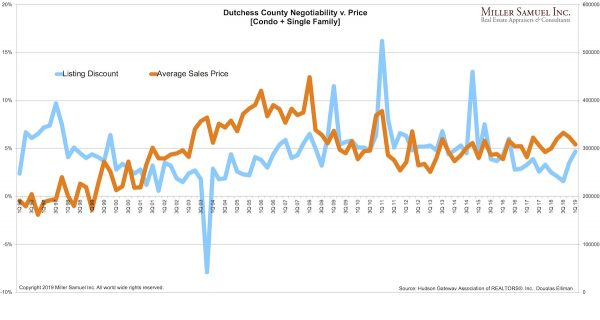 Shhh, Whisper Listings Are a Thing

This listing type, also known as “pocket” listings, became enormously popular when the luxury U.S. housing market was booming and high-end property owners didn’t need to shotgun blast all the intimate details of their home through large photo galleries. For example, the high-end LA market I cover for Douglas Elliman has more than 20% of the listings above $5 million as pocket listings (outside the MLS). We extracted this metric by matching public record closings with closings in the multiple listing systems. One of the challenges of tracking this phenomenon in the Manhattan market is we don’t have a very accurate market-wide listing system. But most importantly, this article has a chart. 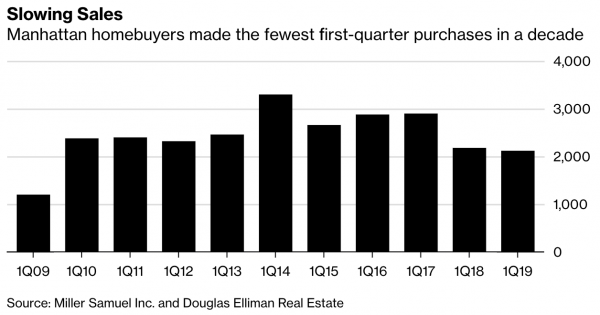 At first glance, this concept seems to short change the seller who will have less exposure to the market by keeping the listing private.

A secret listing probably isn’t the best strategy for most New York homeowners, who would benefit from casting a wide net to attract offers, according to Jason Haber, an agent at Warburg Realty.

However, in the upper price echelons, it still tends to be more by word of mouth anyway.

On a quick side note, Teri Rogers, founder & CEO of Brick Underground, dubbed me “The Data Whisperer” so there’s that. She will be celebrating her 10th year of operation next month. Time flies. Shhh.

Canadian Housing Market Has Been Cooling For A While, Eh?

According to Teranet – National Bank House Price Index, a widely followed housing market composite index, clearly illustrates the weakening national trend. I like to keep tabs on the Canadian housing market, sort of as a hobby (and not because my mother was born in Montreal). The press release included this observation:

Moreover, in 20 years of history, this is the first time that the Composite HPI drops in a month of March outside a recession.

Over the past few years, it looks like Canada has been catching up with the rest of the housing world. This is an important development since the Canadian national economy is highly dependent on the housing market. 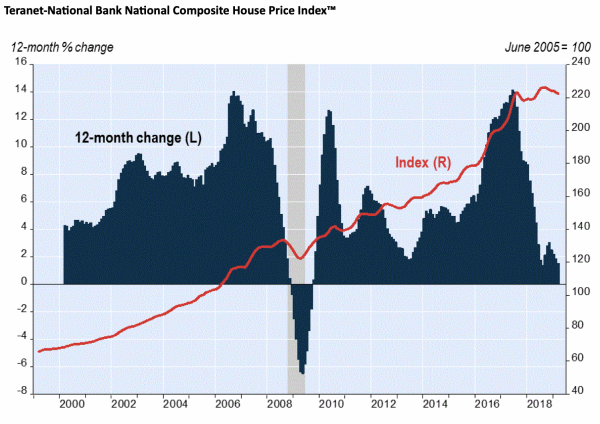 Several years ago I was approached to author a recurring national housing market report for Canada by a large financial institution but they ultimately decided not to go ahead with the project. Bummer.

Digging Yourself A Hole

No, I’m not speaking to housing affordability, but rather the opposite in this New York Times piece: That Noise? The Rich Neighbors Digging a Basement Pool in Their $100 Million Brownstone “The extremely loud and incredibly expensive renovations that have shattered a formerly quiet residential block in Manhattan.”

The article is a great read and I found these pictures to be amazing – notice how the house is really just a facade with a deep hole behind it? They must really like to swim. Welcome to Manhattan real estate. 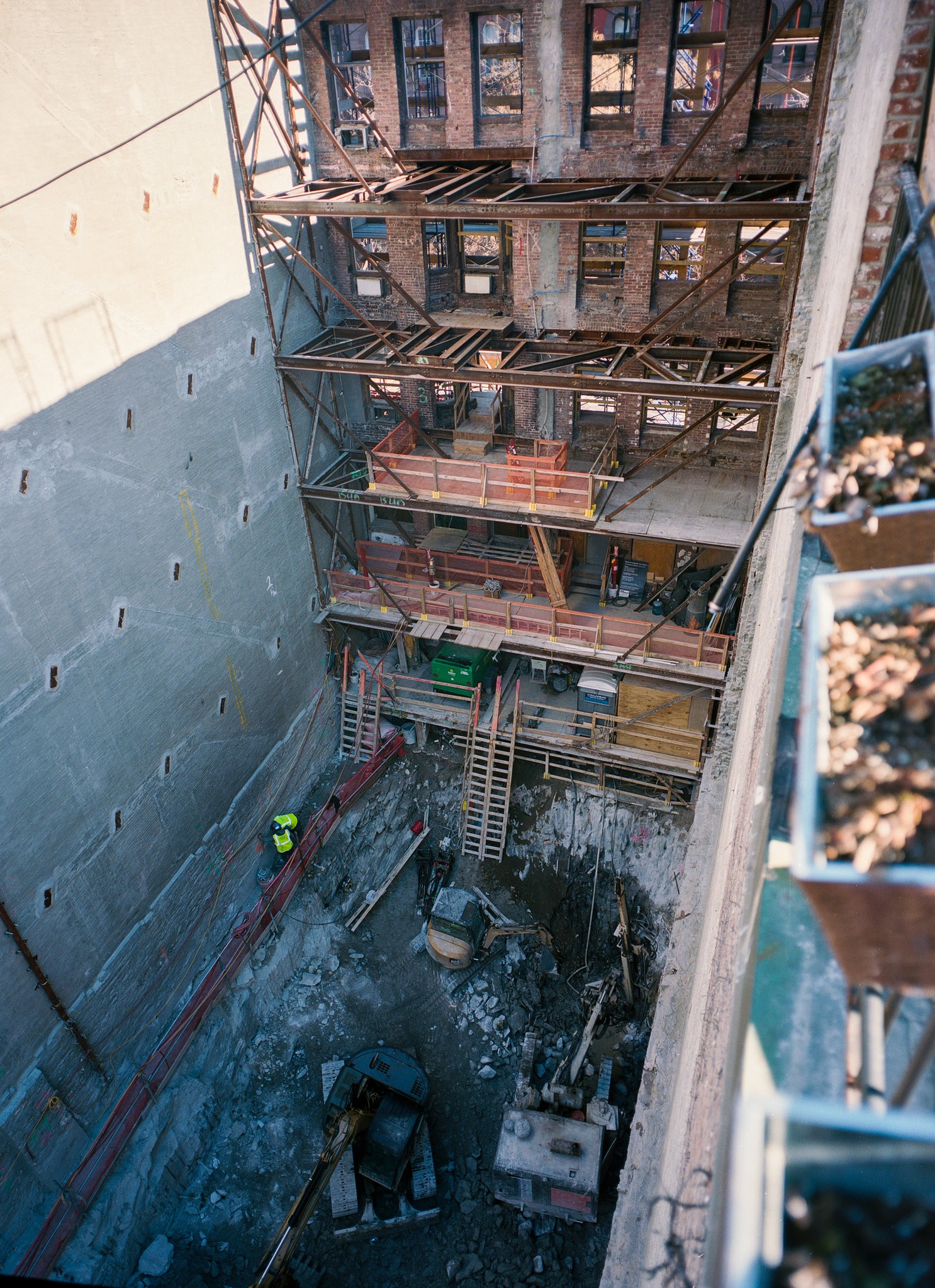 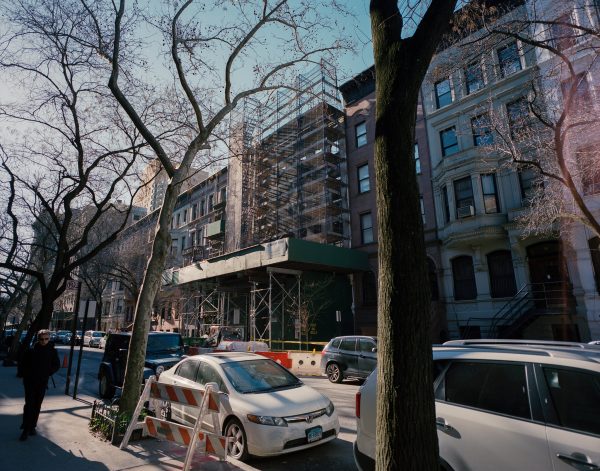 The former home of the Las Vegas mass murderer who killed 58 people and injured 851 on October 1, 2017, was recently sold to a real estate agent for $305,000 and the funds will go to the victims.

Even in Reno’s largely unaffordable housing market, O’Neill’s bid on Thursday fell far below the home’s most recently appraised value of $367,000. But as a Washoe County appraiser cautioned in paperwork, that estimate was based on “the extraordinary assumption that the value of the property will not be affected by any negative stigma due to the infamous actions of the owner.”

Since the home sold for $305,000, the stigma represented a 17% discount for a mass murderer’s home in an extremely tight housing market. That seems like a very low discount given the scale of the tragedy. In the case of the mass school shooting of 26 children and staff in Newtown, CT, the nearby home of the shooter was leveled and the land left as open space.

In the Las Vegas scenario, the victims received compensation (along with his other holdings) while the stigma on the Newtown property was deemed it worthless (in the context of real estate, not emotion). I’d have to say that even though there would be fewer funds for the victims, I am not a fan of someone trying to flip the house of a serial killer. I’m just guessing here because I don’t cover either market but it sure looks like the discount the broker achieved on sale, was wildly low or it was indicative of the shift in stigma value depending on the tightness of supply. Ugh. Of course, the market will determine that issue down the road when they try to sell. 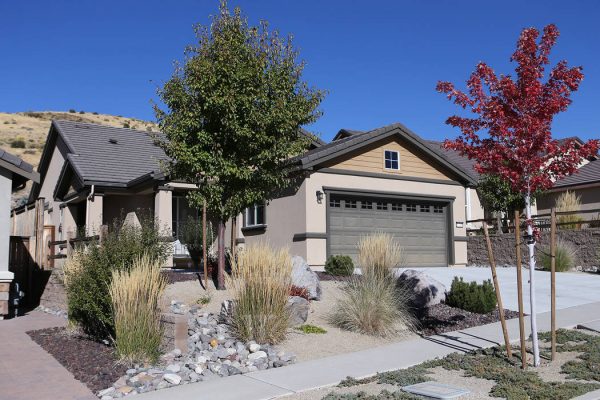 Valuing Stigma in the Era of Mass Shootings

Take a look at my attempted stigma analysis of the Las Vegas mass shooter’s home above in “This Week in (Deeply, Awfully, Twisted) Aspirational Pricing”

You don’t have to be a basketball fan to watch this. I teared up.