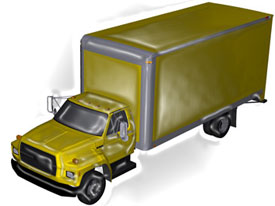 Ever since I was a kid (just a few years ago), I had always had a dream of owning my own home. It always gnawed at me and, after starting a business, marriage and kids (not necessarily in that order), my wife and I finally bought a house. Admittedly, it was a happy moment, a personal goal not unlike many of my peers. The American Dream [1].

In fact, on the day of the closing, I had only been home a few days from the hospital after a bout with viral meningitis. I couldn’t stand upright without experiencing a severe migraine, but I insisted on attending the closing, despite repeated offers by my attorney for a power of attorney. It was that important to me. We had successfully entered that land of pride, happiness and tax deductions.

When I came across this interesting article in Slate called The Renter’s Manifesto [2] (via Greg Mankiw’s Blog [3]) which basically says that homeownership causes unemployment. This conclusion is based on the work of English economist Andrew Oswald [4]

Its “home” to me because I have family in Detroit, MI.

Big cities can struggle if they overspecialize and then find that times change. Detroit is an example. So is Manchester in Northwest England. Birmingham, in the English midlands, is a different story, a city bustling away, making everything and nothing in particular. As the wise economy-watcher Jane Jacobs once pointed out, Birmingham was thought highly inefficient compared with the specialized mills of Manchester, but when the downturn came, Manchester was devastated and Birmingham kept on chugging along. Chicago, Seattle, New York, and London have similarly reinvented themselves again and again.

The work force in a city that has specialized labor is less able to adapt and move. His theory is that home ownership makes occupants less agile.

No matter how bad things get in Detroit or Treorchy, the houses will still be there, and if they are cheap enough, people will want to live in them. The likely result is a gloomy sort of segregation: Those who feel that they can find a good job in the boom cities will move there and pay the higher rents. Those who are less confident of that would rather have no job in a cheap house than no job in an expensive house. Detroit will have residents for a long time to come.

Perhaps I will avoid thinking macro, it gives me a headache.

Important Update: I am second in our March Madness pool…need Florida to win it all to clinch and crush my kids in the standings (ok, ok, I take that back, I get a little carried away…)