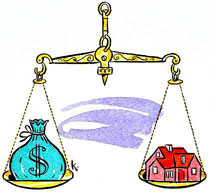 I got the idea for this post after trading emails with David Leonhardt of the New York Times the other day as he worked in his interesting Economix column: The Hidden Truth About Home Prices [NYT] [1] and the companion article More on Housing Prices [NYT] [2]

Its very difficult for most consumers, government officials, academia and real estate professionals to get a real world gauge on how a real estate market is actually doing. Tried and true methods all seem to have some sort of flaw and when a market is in transtion, the changes become even more pronounced. And then throw in the source of the information, with the presence of spin, makes the effort even more daunting. Those covering the market, whether it be Big Media and the blogosphere tend to gravitate towards whatever is released that day.

There are two schools of thought on housing stats:

You’ve got producers of indexes telling you that prices are less meaningful, yet users of the indexes often view them as a “black box” and don’t grasp how the information was calculated (do we hear “seasonally adjusted?”) Indexes tend to be created for macro markets because the data set needs to be large. Cycnicism has been a detriment to reliance on indexes.

Those that rely on housing prices tout that they are the real thing yet most resources for housing prices tend to be non-economist types, trade groups and real estate firms, because they tend to be easier to generate and report than an index. There are a growing number of market studies put out in the public domain by local real estate brokers and agents (and of course, appraisers) to try to bridge the gap between the national stats and local markets. However these reports are often limited by the size of the data, limited understanding of what the data really means and are clouded by their intentions.

There are generally four sources of housing stat interpretation:

Pitfalls and/or spins betrays most sources:

Since all politics real estate is local, but reporting of larger data sets is easier but less relevant, its very difficult for the consumer of real estate market information to know what, in fact, the truth is.

At the end of the day, real estate truth is open to interpretation.