…and those expectations are continued weakness.

The focus on oil and fuel efficiency of cars seems to be taking over the BBQ conversation from housing these days.

With this new measure, the researchers suggest, consumers would more easily see the value of swapping an inefficient car for one that is even just modestly more efficient.

Speaking of curvilinear relationships, check out this recent ad in Craigslist [2]. A friend of mine is having great difficultly finding an apartment. Apparently this landlord has the answer [2]. 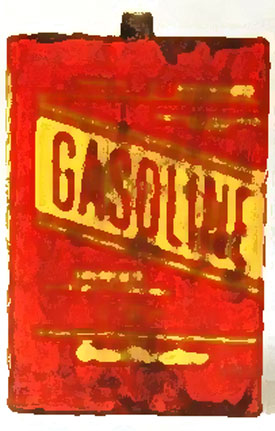 Isn’t it summer Being outside, enjoying the sunshine? Optimism? Consumer Confidence plunged to a 16-year low in May [3].

As expected, the S&P/Case Shiller Index showed continued decline [4] in April, the beginning of the “spring market” when sales activity is most robust. In fact, it showed a record decline for its 20 year history. I think there was hope brewing that the housing market is approaching bottom. It’s hard to see that with a 15.3% annualized decline and a 17.8% decline from peak.

Of course, OFHEO released their numbers today as well and guess what? OFHEO shows the housing market is declining 4.5% annually [5] (over the same period that Case Shiller measures). That’s because CSI includes the entire price spectrum and OFHEO excludes non-conforming mortgage sales. It is interesting how much the data gets skewed by the high end market. Based on the difference between these two indexes, the high end is tanking (no pun intended).

Tomorrow, the FOMC announcement is on tap. The futures markets are betting on no change in rates. I would think further rate cuts will hurt the economy by empowering inflation. Rate cuts in the past year have not helped housing in any measurable, even curvilinear way.

At least not enough to get pumped up about (sorry).