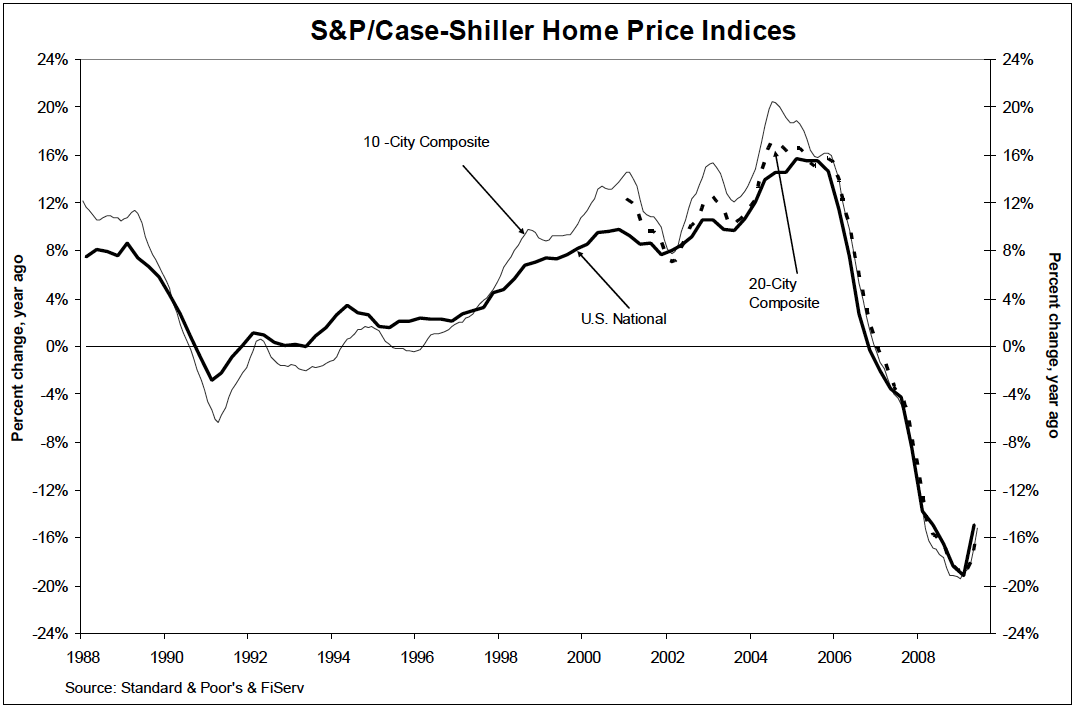 “For the second month in a row, we’re seeing some positive signs,” says David M. Blitzer, Chairman of the Index Committee at Standard & Poor’s. “The U.S. National Composite rose in the 2nd quarter compared to the 1st quarter of 2009. This is the first time we have seen a positive quarter-over-quarter print in three years. Both the 10-City and 20-City Composites posted monthly increases, as did most of the cities. As seen in both seasonally adjusted and unadjusted data, as well as the charts, there are hints of an upward turn from a bottom. However, some of the hardest hit cities, especially in the Sun Belt, show continued weakness.”

The press release has the monthly 10/20-city, quarterly 10/20-city and national index with monthly and year over year data and references to month, quarter and year are all interspersed so its tough to follow.

Here’s what it looks like – The 10-City and 20-City Composites recorded annual declines of 15.1% and 15.4%, respectively. These are also improvements from their recent respective record losses of -19.4% and -19.1%. The 10-City and 20-City Composites posted their second consecutive monthly increases. Both indices were up 1.4% in June over May, and up 0.5% in May over April. Eighteen of the 20 metro areas saw improvement in their annual returns compared to those of May. Looking at the monthly data, the same 18 metro areas reported positive returns in June.

For the national composite, housing prices rose 2.9% from Q1 to Q2 and fell 14.9% from the prior year quarter before seasonal adjustments.

In other words, the indexes show improvement in the short term. 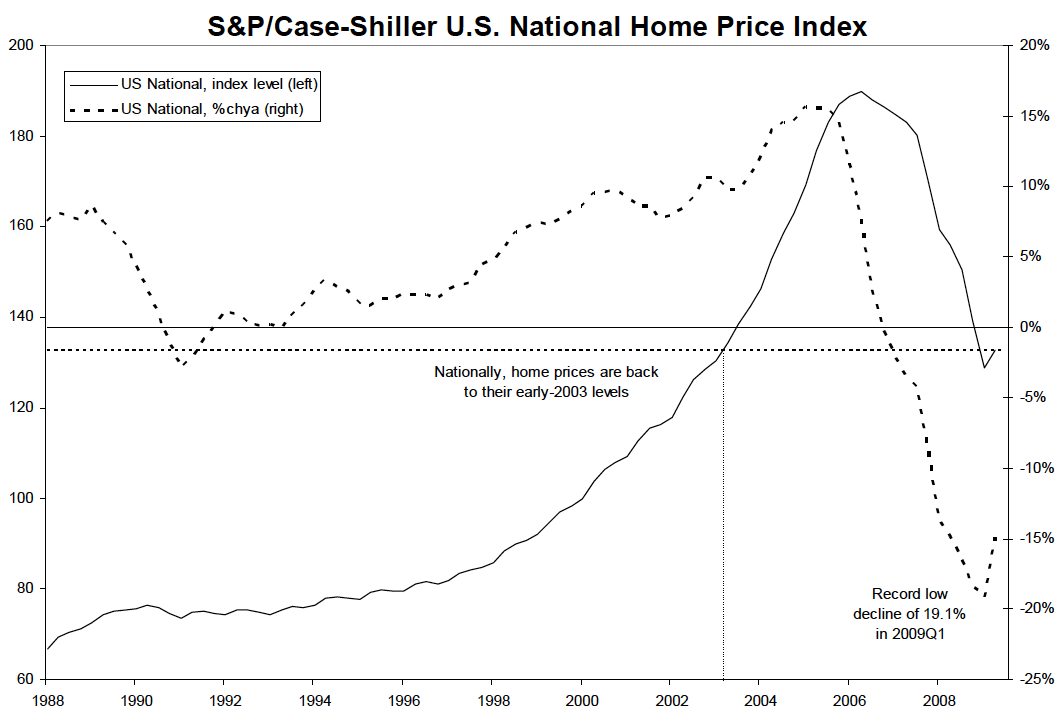 Shiller notes a change [2] in mindset:

“The animal spirits seem to be coming back,” said Robert Shiller, Yale economics professor and developer of the Standard & Poor’s/Case Shiller Home Price indexes. “The psychology does seem to be changing.”

But Shiller is cautious [3] about the good news:

“The really important things [affecting home prices] are unemployment and momentum,” said Shiller, who is a Yale economist. “We have momentum, which is very important, but we also have high unemployment.”

And, he added, “the government has not yet handled the foreclosure problem.”